You are here: Home / Communities / Jones 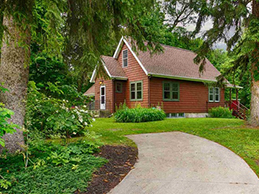 About the Community of Jones, MI
Jones is an unincorporated community at the intersection of M-40 and M-60, approximately 11 miles east of Cassopolis. The first settlers were John Bair in 1831, who settled on Bair Lake, and Daniel Driskel in 1833, who settled on Driskels Lake which was named for Daniel Driskel. The first business structure was built by H. Meskell in 1870 on land owned by William D. Jones. Jones platted the community in 1875. A post office named “Newberg” opened on August 4, 1837. The name changed to “Jones” on December 19, 1881. E.H. Jones, the son of William, was its first postmaster. The Jones post office with zipcode 49061 continues to serve large portions of Newberg Township and Porter Township along with a small area of southeast Calvin Township.

Lakes
These crystal clear, and mostly spring-fed lakes are popular summer and weekend retreats for residents of Illinois, Indiana, Ohio and eastern Michigan because of the easy weekend commute. The most popular lakes in the Jones zipcode are:

Parks & Recreation
The parks of Cass County Michigan are one of the little-known natural wonders of southwestern Lower Michigan. Cass County’s mission is to provide quality park facilities for all segments of our population. They strive to enhance the quality of life for county residents and park visitors through active citizen involvement, planned growth, and professional stewardship of Cass County parks.

As a top-producing realtor in Cass County Michigan, Sue Loux has been exceeding client expectations since 1982. Her attention to detail and unrelenting work ethic will work in your favor as you partner with her in the sale of a property, or the search for your next home. Read More…

Jason received his real estate license in 2016 and joined Loux & Hayden Realty the same year. Jason knows Cass County because he's lived here all his life. Jason has also been a Firefighter in the community for 13+ years. Read More…