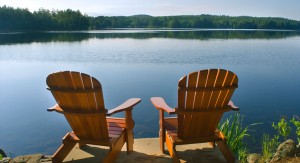 This Michigan Property Tax Uncapping Update is shared with us by Estate Planning Attorney, Adam Russell, Tuesley Hall Konopa,LLP. We ask that you contact him directly with questions regarding the latest updates in Michigan Property Tax Law. (Call (269) 445-1818 or email arussell@thklaw.com.)

Owners of real property in Michigan have “enjoyed” having a cap imposed on the amount their property taxes can increase in any given year since 1995. A reasonable taxpayer might expect that, by the twentieth anniversary, the guidelines for when property taxes uncap would be well established and consistently applied. However, the uncapping laws continue to evolve, with a series of significant changes having taken place over the past five or so years.

As frustrating as a constantly changing tax landscape can be for Michigan property owners, the changes have, by and large, been on the side of increasing flexibility and planning opportunities. The uncapping statute defines what constitutes a “transfer of ownership” resulting in an uncapping of the taxes, and what does not. For purposes of planning – and by planning here, we generally mean seeking to preserve the property tax cap as long as possible, or to reduce uncapping incidence within a family – we are primarily concerned with the exceptions to the uncapping rules. Or, more clearly, what sorts of transfers will NOT serve to uncap the taxes?
As a brief review of the uncapping rules, a transfer of ownership, as defined by statute, effectively resets the property tax cap, setting the new owner’s taxable value to equal the current state equalized value (SEV, Michigan’s term for the current assessed value, purported to represent one-half of the market value, in the assessor’s opinion). The property taxes are then capped for the new owner until another transfer of ownership occurs.

Any Michigan property owner will have noticed the Taxable Value and SEV on their semiannual tax bills or their annual notice of assessment from their township treasurer, and how those numbers are rarely the same. The greater the disparity between those two values for your parcel(s), the more seriously you will want to evaluate this issue, especially if you intend the property in question to stay within the family after you are gone (such as farm land, lake cottage, hunting ground).

In spring of 2011, the Supreme Court of Michigan clarified one key exception to the transfer of ownership uncapping rules – namely, joint tenancy with rights of survivorship. This opened the door to planning to preserve a property tax cap across a generation (or two), but as much of a boon to Michigan families as it seemed, it came with a number of significant drawbacks. I explored this exception, and its pitfalls, in an article in the September 2012 edition of this publication, an archived copy of which is available on our firm’s website, www.thklaw.com.

Due to the issues inherent to the joint ownership exception, it was appropriate to employ in only a very limited set of circumstances. As the only viable tool in our toolbox for a couple of years there, we had a number of clients interested in it, and it was disappointing to be able to recommend it to so few. The Michigan legislature, thankfully, surprised many by passing a law at the end of 2012, effective January 1, 2014, which created a new exception.

The new exception looked promising at first – it allowed for transfers to family members related “by blood or affinity of the first degree.” Through the entirety of 2013, we were having conversations with folks about the new options on the horizon, with the caveat that we did not know exactly what would and would not be considered by the taxing authorities as included in the new exception. The statute was not as clear as it could be, and sadly, just days before the new law took effect, the Michigan Department of Treasury issued guidance that seriously dampened the excitement. The new exception would, they said, somewhat counterintuitive to the apparent purpose of the new law, not apply to transfers in inheritance, that is to say, those from trusts and estates after the prior owner had passed away. This exception, once promising, now only applied to transfers made during lifetime. With few families selling property to their children or grandchildren, such transfers would often take the form of a gift, which has its own serious drawbacks, particularly in the form of losing a step up in basis for capital gains purposes (especially relevant for highly appreciated, non-principal residence property).

Our hopes for actual viable planning avenues temporarily crushed by another narrowly-applicable exception, we were excited to see the legislature take the issue up again in 2014. They tried again, presumably with the same goal, but with new, and unambiguous, language. The new law, effective January 1, 2015, allows for preservation of the property tax cap for transfers of residential real estate to the transferor’s or the transferor’s spouse’s “mother, father, brother, sister, son, daughter, adopted son, adopted daughter, grandson, or granddaughter,” provided the use of that residential property remains the same. Perhaps most importantly, this applies to transfers in the trust and estate context – if the estate or trust beneficiary qualifies as one of the relations above, the distribution to that beneficiary will not uncap the property taxes.

Finally, we have some real planning opportunities for Michigan residential real property, on the property tax front, that does not involve the drawbacks of joint ownership or inter vivos gifting. Property owners can now pass their Michigan real estate to members of their nuclear family, as defined above and in the statute, during life, or at death through their trust or estate, without causing an uncapping of the property taxes. However, all of that said, if any lesson can be gleaned by the past few years’ history of legislative changes, it is that we should expect additional changes in the future to the property tax cap rules.

To further prove the point, the legislature made an additional change at the end of 2014, effective April 1, 2015, which modified the rules for the uncapping exception for property subject to a conservation easement. Prior to this change, the conservation easement needed to be in place prior to the owner’s death to preserve the property tax cap. The drawback there was that placing the easement would depress the cash or resale value of the property, and therefore reduce the available assets for the owner’s support later in life; a very real tradeoff. The new rule requires the conservation easement be in place prior to conveyance to qualify for the uncapping exception, allowing additional planning flexibility for families, and for trustees and personal representatives in an administration context.

The take-away from these recent developments is twofold: (1) all Michigan property owners should evaluate their intentions with respect to their real property and the property tax cap implications on future use; and, (2) all Michigan property owners should expect, and stay mindful of, future changes to the property tax legal landscape. Minimizing carrying costs is a major contributor to a family successfully carrying real property across generations, and is worthy of your attention and consideration in your own planning.

As a top-producing realtor in Cass County Michigan, Sue Loux has been exceeding client expectations since 1982. Her attention to detail and unrelenting work ethic will work in your favor as you partner with her in the sale of a property, or the search for your next home. Read More…

Jason received his real estate license in 2016 and joined Loux & Hayden Realty the same year. Jason knows Cass County because he's lived here all his life. Jason has also been a Firefighter in the community for 13+ years. Read More…